Therefore, always ensure to soft delete the subscriptions on the CB side, so that there are no negative impacts on RS reports.

Please refer to the below steps with an example:

There were totally two active subscriptions on the example site.

Trying to create another new Subscription with the same name  ‘AnujaDeletionSubsTest’  as that of deleted subscription.

A warning message on 'subscription already exists' is displayed.

Imported a new Subscription with the Sub id ‘AnujaDeletionSubsTest’. 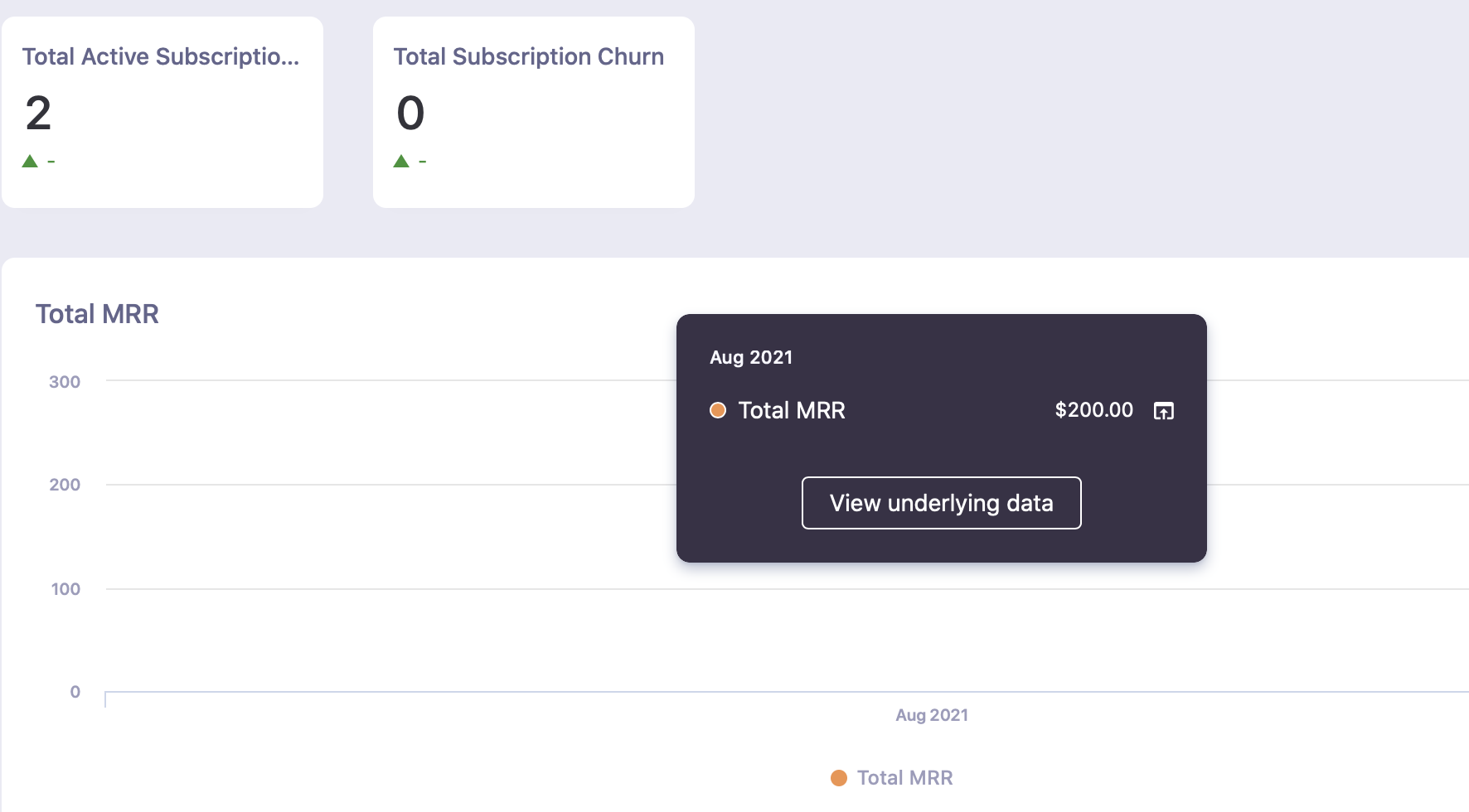 The imported subscription is included in the New MRR metric, not in Downgrade MRR.

Did you find it helpful? Yes No

Send feedback
Sorry we couldn't be helpful. Help us improve this article with your feedback.